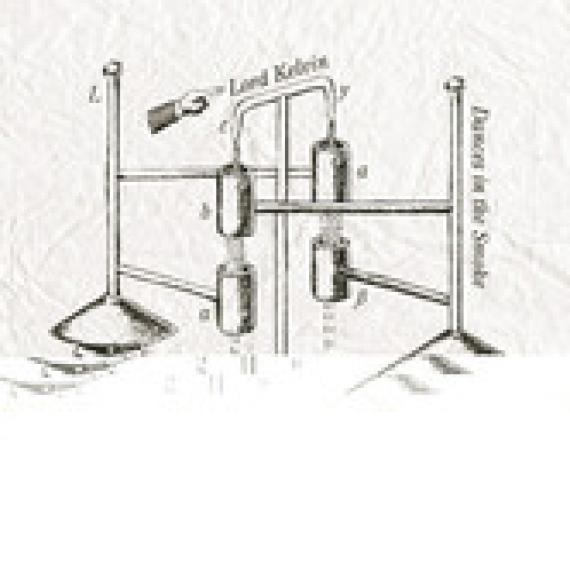 Dances in the smoke

"Lord Kelvin" is a band consisting of two hornplayers and one drummer.

Their debut record, Dances in the Smoke, contains 14 songs with free-rock, jazz, chambermusic and free-improvisation. They have shared the composing democratically between themselves.

The bassless trio gives a lot of freedom, but also some challenges regarding composing the music. This results in some unusual solutions in the arrangements, and a whole lot of great new and sometimes strange music.

The Lord Kelvins are educated at the jazzdepartment of the conservatory of Trondheim in the middle of Norway, and started the band in 2007 and have been on a couple of tours in Norway and Scandinavia playing their music.

Gard Nilssen (b.1983) from Skien is an active drummer and can be heard in bands like Puma (Jazzintrowinner 2006), Bushman`s Revenge og Humvee.

Eirik Hegdal, Saxophones, (b.1973) from Inderøya. He has written music for Trondheim Jazzorchestra on several acclaimed cd`s, and a tour with Joshua Redman in Norway and Sweden. He plays in Zanussi 5 og Alpaca Ensemble as well.